What does SSD actually mean? SSD stands for: Solid State Drive. Perhaps you are familiar with USB memory sticks; so SSD is essentially a large USB memory stick. SSDs do not have moving parts inside and all information is stored in microchips. All old HDD hard disk drives use a mechanical arm with a “read and write” head which is moving around and reading information from the a storage platter. This is the main reason why SSDs are much faster than HDDs. 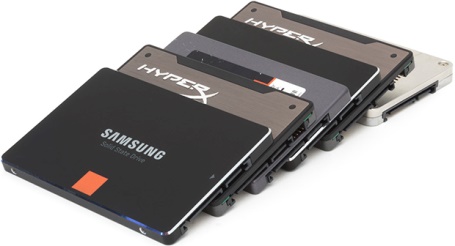 Typical SSD drives use a NAND based flash memory. It’s a non-volatile type of memory. It is the type of memory that when you turn off power to the disk, it will not forget what was stored on it. It’s an essential characteristic of any type of permanent memory. Some say that stored data on hard drives wear off and will be lost after a few years, however this is not true. Today’s technology is different. These days some SSDs can be read and written to all day long and the storage integrity will be maintained for up to 150 years, or possibly longer! 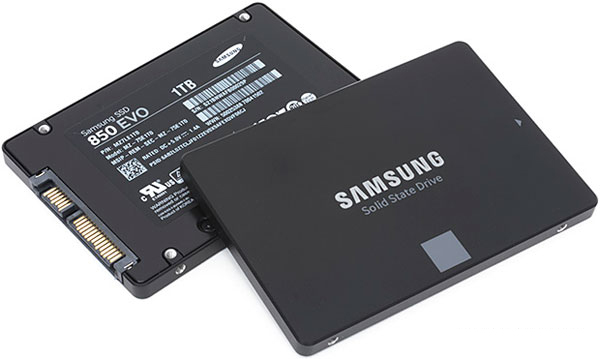 SSDs create absolutely no noise. When you have a silent computer you also need to have a silent disk. These disks are very quiet and do not require noise isolation.

These drives do not have moving parts and they run much cooler that HDDs. Cooler computer parts are much better for long-term use and increase the reliability of any machine.

SSDs are more reliable than HDDs. SSD failure rates tend to be half that of any HDDs.

These drives take up much less space than standard HDDs, and they can fit into small, handy cases.

Both SSDs and HDDs can have bad sectors. When an SSD gets a bad sector, this does not mean that we have to replace the drive entirely. SSD firmware keeps track of the bad sector so it does not use them.

As we know moving parts have an increased likelihood of failure than those of non-moving parts. SSDs do not have a spinning platter to fail so their lifetime will generally be much longer than its HDD counterpart.

SSD drives are extremely light in terms of weight. Your computer will be much lighter and easier to carry than when you use a traditional HDD.

Most SSDs are shock resistant. They are extremely resilient pieces of hardware and are able to stand up to shock or vibration.

So why not fly with an SSD?