AtomBombing: What is it & Why Does it Pose Such a Threat?

Home / Resources / AtomBombing: What is it & Why Does it Pose Such a Threat?

Security researchers have discovered a new technique that could allow attackers to inject malicious code into every version of Microsoft’s Windows operating system, even Windows 10, in ways that no existing anti-malware tool can currently detect, which is a huge threat to millions of PC users around the world.

The “AtomBombing” technique does not exploit any vulnerability, it works by designing and abusing weakness in Windows operating systems.
An AtomBombing attack abuses the system-level Atom Tables, a feature of Windows that allows applications to store information in strings, objects, and other types of data to access them on a regular basis. As Atoms are shared tables, all sorts of applications can access or modify data inside them.

A team of researchers, who came up with the AtomBombing technique state that this technique in Windows can allow malicious codes to modify atom tables and trick legitimate apps into executing malicious actions on its behalf.

Once injected into legitimate processes, the malware makes it easier for attackers to bypass security mechanisms that protect such systems from malware infections, the researchers said. 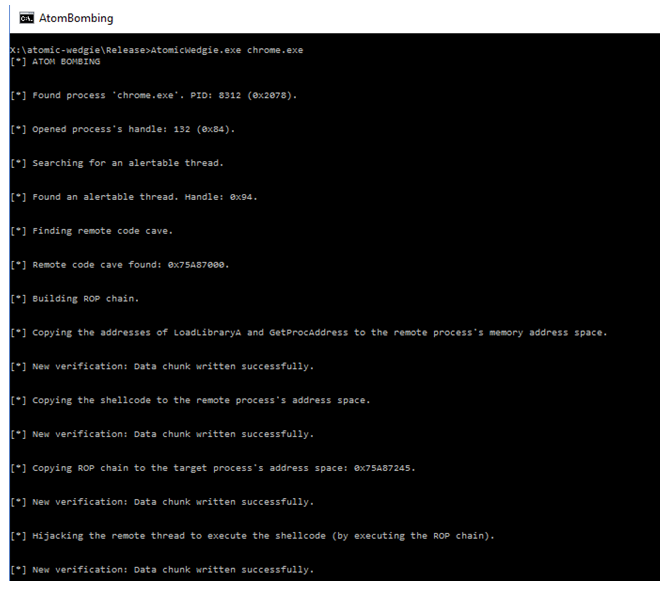 So, if malware is injected into a process which is already running in the context of the current user, it is easy to access those passwords in plain text as well.